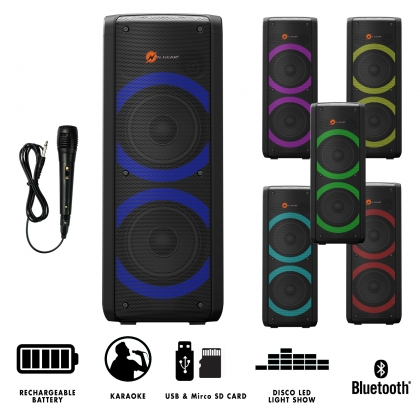 With the N-GEAR Party Speaker you have the party in your hands! The handle and built-in battery let you take the party anywhere. De Let's Go Party speaker has two 6,5” inch woofers, a maximum power-output of 450 Watts and a playing time up to 4 hours on a fully charged battery! Connect your smartphone, tablet, computer via Bluetooth and sing a long with your favourite songs with the microphone (included). The built-in disco lighting in the woofers syncs with the music and is the icing on the cake to make your party the best!

No reviews yet on the Party Let's Go Party Speaker 72

Write your own review

Products from the selection

Back to the overview